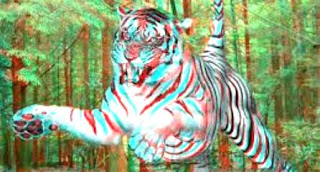 Some 6 years ago, I did a silent forecast about the re-emergence of the Three Dimensional format. During my youth days, I saw cineflix such as "The 13 Ghost" in black & white, right up to remakes/reissues in 3D at the cinemas. And then, they brought it into the idiot box, the TV.

The TV technology used in our country was so far behind and out-of-time that the more urgent thing the authorities should do was to quickly introduce HD (High Definition in 1080p) instead of depending on the Assthrow's 720p (1080i).
Then, so many who are ignorant about HD, Full HD (fool's HD) jumped into the pool of confusion, ended up buying TVs that they could not use it to the fullest unless one has a Blu-Ray player.
Some even spent extra on 3D without knowing the whole story. Is it because the sales person who coax you on a bargain resulted on your decision?

Just look at TM's Hypo TV service. We chucked our unify's box top set into the trash. I felt more being insulted using that 'free' TV. It is not on HD as suggested and it is more of 'streaming TV'. Those so called 'free' programs are now chargeable and we end up getting some low class rejects plus the usual seven worthless local TV stations.

Back to the 3D frustration. 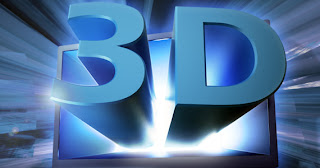 Just what is it that we, here in Malaysia wants to see in 3D? The shows are very limited. Just how many TV stations shows 3D? Assthrow? Unify? local stations? Fat hopes.

How about DVD? Hey DVD is 'old tech' and the quality do not exceed 600p. Only the Blu-Ray has 1080p. Unless one also uses a media player there is no other way to watch HD programmes let alone 3D. 3D seriously need HD  frequency to broadcast off air and at present we do not have even one TV station in HD. The ministry is so lacking that all video production in HD are broadcast in the old SD(standard definition) which is about 43 years old! All production equipment even in angkasapuri,are in HD. The cameras, lighting, editing, etc are in HD. The problem lies in the old transmission equipment. they failed to spend the necessary mulla.
Then, how could 3D succeed?

Just read what Bob Zitter of HBO (Home Box Office) has to say on the failure.
http://www.eoshd.com/content/9856/3d-a-proven-failure-4k-unlikely-to-succeed-hbo

So folks, please stop helping them (the dealers) to clear their stocks by paying more. 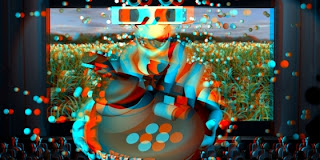