It is four years now since we joined Youtube and our latest upload is our One Hundredth.

We dedicate this to all the Birds that we have come across especially to the exotics at Fraser's Hill, Pahang. We must also remember that it was in day Five that ".....God also created every winged fowl on that day..." (Gen 1:20-23) and boy, such lovely creatures indeed.

You can watch this here.

If you have high broadband speed, proceed to select 1080p for better viewing.

Posted by Birds Talking Too at 10:07 PM No comments: Links to this post

A dream come true for all camcorder fans. 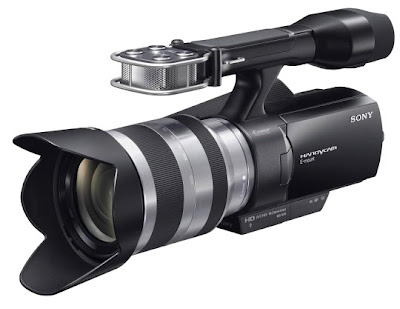 It also feature a large image sensor of the latest NEX (still) cameras launched recently. It comes with an E mount 18mm-200mm lens at a retail price of USD2,000.

Just look at a clip shot in Vimeo with this camera in beautiful Bali!

Awesome!
Great work SONY, I am coming back!

My waiting time is over! No more extra expenses of a 35mm adaptor, SLR lenses, blah! blah!
I am going to jump ship from my faithful Panasonic TM300.
Posted by Birds Talking Too at 9:14 PM No comments: Links to this post

As many know that Trenggannu is world famous for its Turtle egg laying, the authorities have reported that they have been finding new mating animals along the entire coast of the South China Sea. 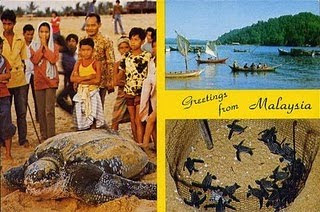 The observations have been going on since 2004 and a volunteer working on this said that he had personally seen 2,400 animals on the beach for the last six years. If ten pairs are seen every night, the total would be the witnessing of 7,300 animals a year! This is a record and a suggestion have been made to report it to UNESCO and the WWF!

Our tourism Ministry is now getting aware and are concerned about the possible surge in tourists.
Plans are underway as it will surely affect our Tourism activities.

When asked about the new method of observation which brought success, the volunteer gleefully announced that they listen for sounds of 'heavy breathing' (in the dark!)
The nests have been found behind coconut trees, by the side of large rocks, on the open beach itself and even inside cars!

If you want to join in the search, the local gormen is now suggesting that.." to light up the entire beaches placing high intensity floodlights so that we can watch it in living High Definition details and color!"

The above is a parody about this state in Malaysia who do not fail to amuse us with senseless news.

First, it was about allowing only the very Rich to visit an island. Second, it was about an award winning teacher who encourages everyone to read and have sex every night in order to be a 'smart' person!
Yesterday, it was reported that students from a nearby university, got caught having sex on the beach. Like all students of higher learning elsewhere, they should be reading books and working on their thesis.

Instead of nipping the problem in the bud, they are planning to employ officers with a special 'skills' of looking in the dark without night vision devices. They should also have ears that can detect "kissing sounds in total darkness". What rubbish!

Oh! How I really wish they can spend these ridiculous time and money to search for the real Leatherbacks.

As for the sex making humans, please lah, educate them.

Posted by Birds Talking Too at 8:16 AM No comments: Links to this post

New Dish On The Block

It sounds like the Klang's famous Bak Kut Teh (Pork Rib Soup) but it is not.
It is Bak Kut Teng (Th'ng) as in 'soup' and the receipe is from Northern Thailand.

No dried spices and MSG is ever used.
Only FRESH garden HERBS goes into the soup and a special method of retaining the goodness of the taste of the meat is applied.

The Chefs are formerly from a well known Crab Restaurant in Subang Jaya which was famous for their fiery 'hot' chilli Crabs. Restaurant 'Or'Teng Bak Kut Teng is located along the famous Mee Hun Kueh shop and the Pao Xiang Bak Kut Teh outlet.
It is at No. 37, Lorong Bangau, Taman Berkeley, 41150 Klang Selangor.

We like the fresh taste and it is very delicious. It is very different and we wish many can accept it as a new dish. No, it is not even like the Bak Kut of the South which is peppery.

You gotta try it out and we are going back for some more.

A HD Video is made here.