Same to you, Bro!

Finger Lickin' good?
This is about hand gestures.
Hand signs and giving the finger.
Universally, one got to be careful and considerate when showing any part of the body.
In a few months, we Malaysians, may be showing a finger to prove that we have done our duty as citizens.
The press reported this here.
Just as this President.
Thank you Sir. That is gentlemanly indeed.
That is why he is da President. 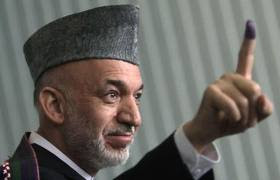 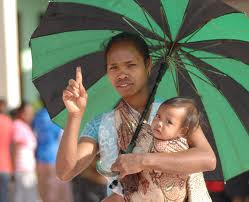 But I sincerely hope that the ' universally educated' people and big shots who are in the high authority show some good examples. Otherwise, we would be insulting others by telling how much 'kurang ajar' (rudely un-educated) we really are. It is of no point getting 8As or 100As if we are kosong (empty) in the head.
Hey, brudder...this is not so good lah.... 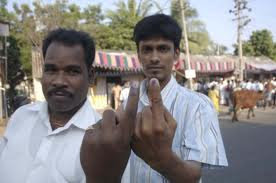 Err....Unca...Auntie...you angry or what? You both are giving da middle finger!!! Hot weather izzit? 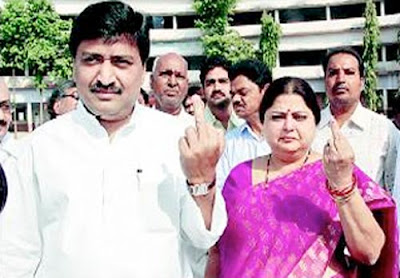 So what...you blardy damn big shot, you got money so you can do that? As*#%oles! 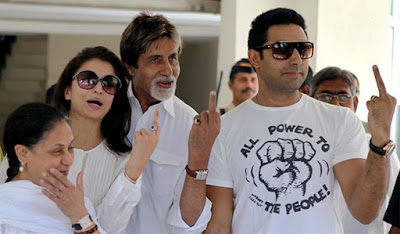 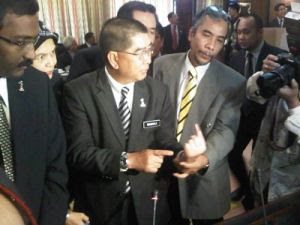 Here! Up yours too, you blardy dumb ass! 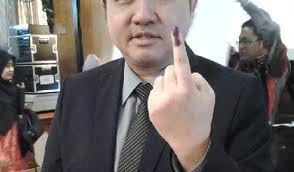 Damn it, our kids are watching and learning from us.
Posted by Birds Talking Too at 11:58 AM No comments: Links to this post

Kindly view the HD video clip below to see the panning/trucking effect used when my camera was mounted on a DIY skater dolly. It was then edited on Sony Vegas HD software.
A Leica macro lens was fixed onto the Lumix GH2 camera to shoot on the 24p cinema mode.

Posted by Birds Talking Too at 10:16 PM No comments: Links to this post

The Death of the real Ice Cream?

I Scream, You Scream, We all Scream
for Ice Cream Dept.
If one were to carefully read the recent report in the news about the 1Malaysia Hypermart selling Iced Confectionery as Ice Cream, it is time we wake up from our long slumber.
Just a minute ago, I chatted with a younger sister about Sweetened Condensed Milk of the old days and the present Sweetened Creamer. She was shocked to realise that she was ignorant about the truth between the two! Just how many in our age group know this? 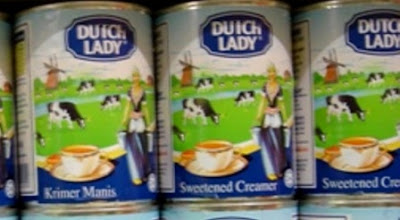 Did you also know that this is only prevalent to South East Asia?
We took for granted that creamer is from cream found in dairy products such as milk.
And anything that come with the name such as cows, farm, milk maid, buttercup etc. are dairy products thus are milk based? 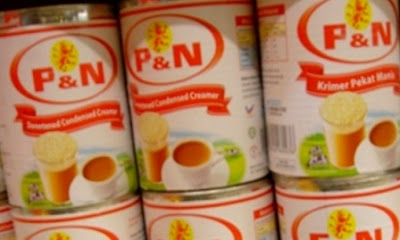 Then, why are products permitted to carry such name which could easily mislead consumers thinking they are dairy based instead of chemically ladened mass produced, processed products?
The authorities should be vigilant enough to protect our health conscious public instead of keeping an eye closed until someone bring it up? The issue of many mistakenly buying Sweetened Condensed Creamer as sweetened condensed milk is still outstanding and many are still unaware about it.
So the Condensed Milk is Dead.
A report two years ago in Lowyat Malaysia, explains.
Whenever there is a global price increase of milk, our local selling price of the so-called 'condensed milk' also goes up. This is a sheer act of profiteering by the manufacturers.
Let us look at the recent hoo haa.
Ice Cream it says.
But is it really ice cream we are eating?
The current price of cream is at RM 10.00 per 250ml and that equates to RM40.00 per Litre. Then, how can a brand sell a 2l tub of their ice cream for only RM5.89??
Something is not right here. Is it cream from old milk?
I strongly suspect that no cream were used. It is made from the very stuff that also made that non-dairy creamer namely 'the-white-stuff'-they-get-from-palm-kernel 'milk' and processed with added chemicals to make it taste and look like dairy milk, derived from cows.
If one were to closely look at the packaging, the product is legally correct. The word printed is so small that as if the makers do not want you to look at it. See if you can hold a frozen tub with your bare hands long enough.
It is now called Iced Confectioneries and not the usual Ice Cream we were so familiar with. 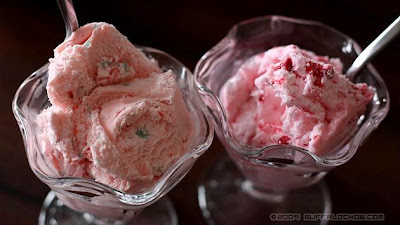 Then what have sweetened condensed creamer got to do with ice cream?
Plenty. Profits that is.
Just use the same cheap 'white-powdered-stuff'' and mix it with more chemicals, then freeze it like crazy and viola!..........................iced cream look alike! 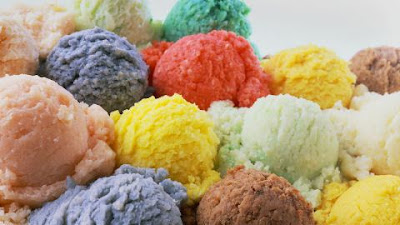 So be careful folks, take care of your children. Do not think that by letting them eat this kind of 'iced cream', you are letting them nourished by mistakenly eating dairy milk. These are highly processed food that are made with loads of flavouring, colouring, additives and what not, that may cause allergy instead.
So remember when buying the real stuff, look for the word "Ice Cream". If no such word then it is a substituted fake. 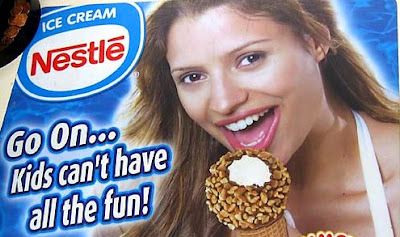 It is going to be tough because real ice cream is very expensive. Real milk brands like Haagen-Dazs cost around RM38.00 per small tub. No way it is going to be priced at RM5.99 per litre.
Like the real sweetened condensed milk, it will eventually disappear from the market shelves.
Now, Ice Cream is dead!
Welcome "Iced Confectioneries", the new Iced Creamer!!
Misleading? You be the judge.
What is next? Fishballs?
Posted by Birds Talking Too at 12:10 AM 1 comment: Links to this post

Duh!
Why is it that every time whenever I meet someone while birding or discussing on the subject of binoculars, they would ask me if mine is a "Night Vision" version?
When I asked them why would one need to go birding at night unless one is seeking to observe Owls and Nightjars. I would then get cold sweats at their answers. 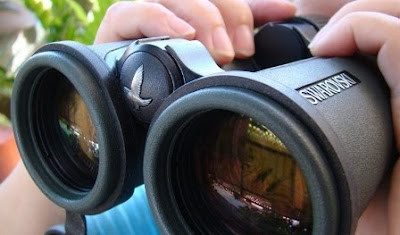 Many are so misinformed at the word 'Night Vision'.
They do not know the meaning altogether.
A pair of binocular is just that. A binocular.
They are meant to be used for observation and studying nature such as landscape, animals and for exploration. With latest technologies, glasses are developed with special coatings to improve the quality of images. HD (High Definition) lenses are now being employed to make our viewing more realistic. 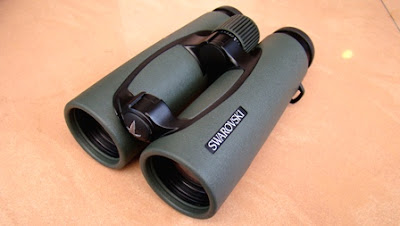 Studying colourful birds (with e.g. varied hues) depends largely on the available daylight and it is an ultimate joy to see them as Nature's intended us to see. The Silver-eared Messia in Fraser's Hill is an example. My 20 seconds encounter nearly floored me!
So, back to the subject of Night Vision.
Does that mean that if I see a group of girls in bikinis on the beach at night, 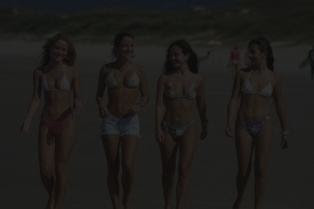 I get to see as if in full daylight like this? 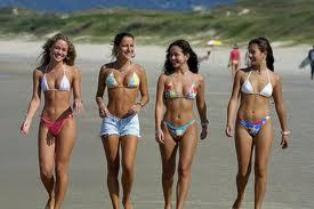 Fat hopes!
You see, Night Vision is not what you think it is. It was developed by the armed forces to track targets for their purposes. One do not see 'daylight' images. One would only see 'thermal imagery' like in heat signals in Infra-red signals. Or blurry greenish 'alien' like 'hantu' visions like this. 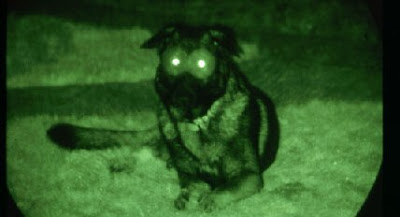 They are NOT optical devices but electronic in every sense. A 'camera' is placed in front and a mini LCD viewfinder at the back. Your eyepiece is focused at the viewfinder and the image is processed, amplified & intensified to reach its desired effect. These very optically limited views are very poor in descriptive qualities as far as nature observation is concerned. Or is it just because some toy manufacturers decided to add red/yellow/orange colors to their lens coatings and claims to be 'Night Vision' so that you would be so impressed and buy it straight away? 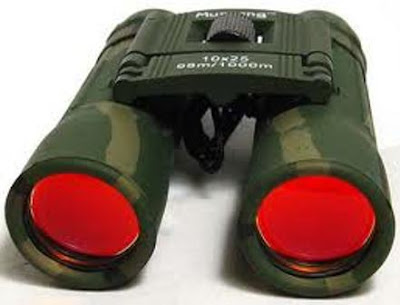 Now where was I? Oh yeah, I am still wondering what type of BINOCULARS did the Ministry bought for RM50,000.00++? You see, there are no Binoculars made for Night Vision use. None what so ever. Surprised?
You bet your bottom Ringgit!
There are only MONOCULARS not binoculars as the other 'eyepiece' is an Infra-red transmitter which emits IR rays that is being read by the IR receiver!
So just what did the Ministry buy?
For RM50,000.00, I would have checked the contracts and wordings by professionals!!
Posted by Birds Talking Too at 12:01 AM No comments: Links to this post